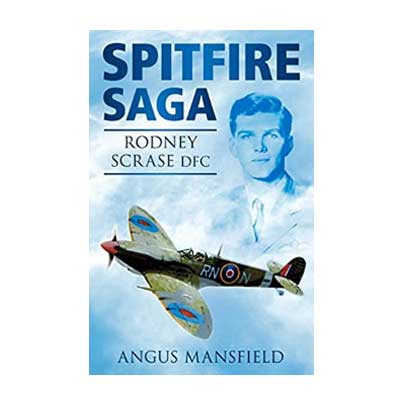 Rodney Scrase’s life in the RAF began in an old airship shed where he took the King’s shilling in May 1941. He learnt to fly at a BFTS in America and went on to fly Spitfires with No 72 and No 1 Squadrons, finally being awarded the Distinguished Flying Cross in 1944. He was released from service with a record of 4 destroyed and 3 damaged, having taken part in the invasions of North Africa, Sicily and Italy and a stint as an instructor in the art of air to air gunnery in Egypt before finishing the war flying escort missions with No 1 Squadron from Manston in Kent. Spitfire Saga uses Rodney’s logbooks and first hand interviews. This book is out of print but signed by the Author